Reflecting over some of the many charity events that we’ve ran this year, and after browsing through the many-many photo’s we have collected along the way. Here is a short blog showing images of just some of the charity It’s A Knockout teams from a fundraising event held in Aberdeen back in August for the Friends of Anchor charity.

Around 60 teams took part in the fundraising event with there also being lots of other attractions and refreshment stands present for the viewing public. It’s always great when the teams come in fancy dress because not only is it funny and adds a fun visual element to the day and games, but also it helps us with the scoring of the games themselves.

We took our 12 game Gold Show to Hazlehead Park for the event and as you can see from the images, some of the teams had some great fancy dress costumes and ideas. It’s the fifth year we’ve ran the games for Friends of Anchor and it’s always been a great event and well supported affair.

To see some of the great games from our Gold Show, please go to our Gold Show It’s A Knockout Page for details. The 12 games are usually ran in two half’s, with Part 1 having 6 dry games, and Part 2 having 6 wet games, there’s lots of different colourful inflatables, costumes, fun and excitement for the teams to enjoy whilst raising money for charity.

Please contact us if you’d like details of how our games can be used for charity fundraising events. Also remember to check out some of our earlier blogs for details of other charity ideas, events and information. 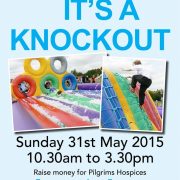 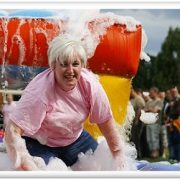 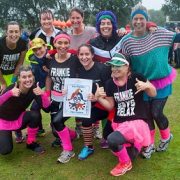 Knockout In The Rain 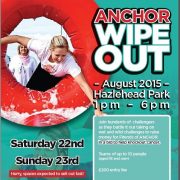 Its A Knockout Aberdeen 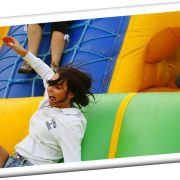 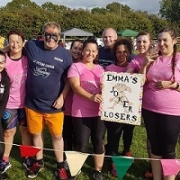 www.itsaknockout.org It's A Knockout Teams 2019 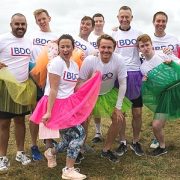 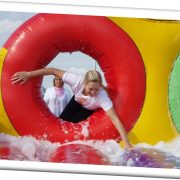 Inflatable Flume Slide – One of our New It’s A Knockout inflata...
Scroll to top